Here are some books you’re not going to want to read to your kids. Not now. Maybe not ever.
Wait til they’re older. By then they’ll be reading to themselves and you can hope they read good stuff. But whatever, here goes. 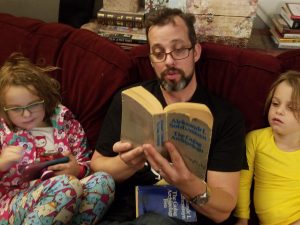 Do Not Read: The Gulag Archipelago, Aleksandr Solzhenitsyn
It’s a swell book, for sure, but it’s three volumes, and they’re all huge. I’ll be honest, I only read the first one. I have copies of the other volumes and I’ll get to em. Kids don’t want to hear this stuff anymore. Too bad.

Read instead: Green Eggs and Ham. It’s a lot shorter, and also about relentless persecution and ultimate capitulation.

Do Not Read: Letters From Earth, Mark Twain
Don’t read this one to your kids until they’re 16 and cynical. Or actually, scratch that. Break this one out as soon as they start to turn cynical. Might as well pour high-octane gas on the fire before your kids’ idiot friends let them get their hands on some idiot author who may have the gall to still be alive. 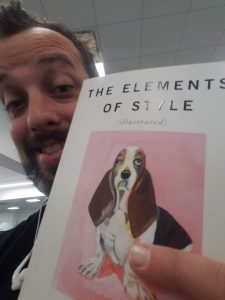 Read Instead: Some EB White. That guy is not alive. Top choice: Elements of Style. Next choice Stuart Little. If there’s one thing every book can use, it’s an anthropomorphic mouse as the lead character.

Do Not Read: 48 Laws of Power, Robert Greene
I shouldn’t have to explain this one to you. Your 8-year-old will have you monkey pawing away at her 3rd grade teacher in no time flat. Don’t be played. Leave this one to the future State’s Attorney in your kid’s class. 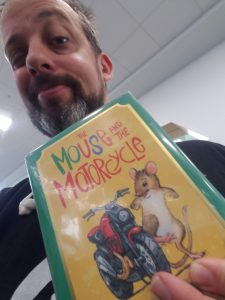 Read Instead: The Mouse and the Motorcycle, Beverly Cleary
It’s more fun to say the title of the book than to actually read it, I’m not going to lie. It’s got alliteration AND the word Motorcycle in it. It’s not at all pretentious-sounding like Zen and the art of Motorcycle Maintenance. It’s actually a chore to say the word “motorcycle” in the midst of all that other gobbledygook. “Motorcycle” should do the heavy lifting in any properly titled book. Also, talking mouse.

By this time you should understand I have no good advice on what you should or shouldn’t read to your kid. But hear this: they will not stay put if you try to read recipes to them. That is a fact.

Thanks for hanging out, and see you at the library!